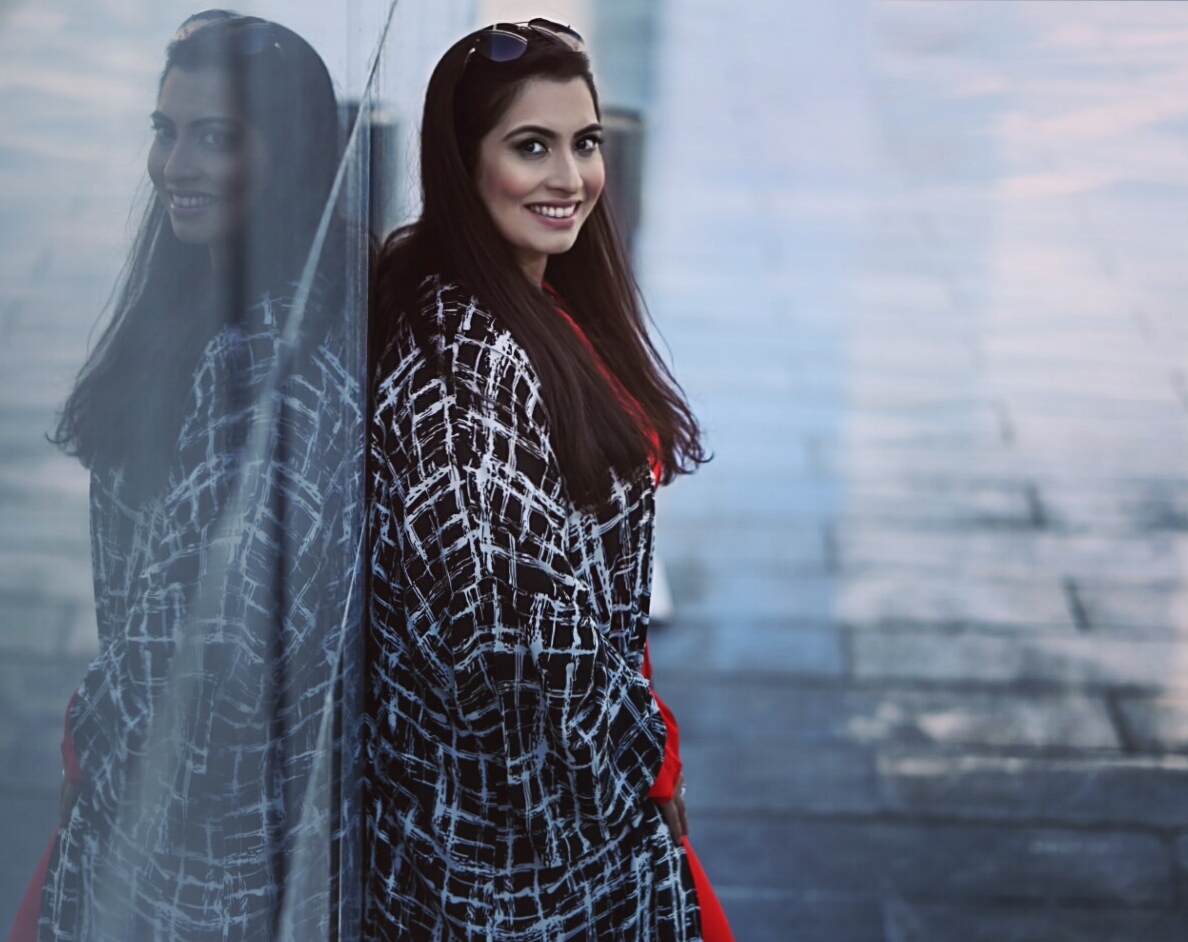 The maverick film-maker Ursula Manvatkar is currently busy living her dream, film making. Ursula Manvatkar is one of those passionate filmmakers who aspire to see more female presence in the film industry. Her passion and love for cinema are so immense that the statistics won’t make her stop doing what she loves. In this interview, she told about her inspirations, commitment to work and many more projects she is looking forward to making in the future.

What prompted you to opt for a career in filmmaking?

I always was interested in being part of the media and film industry since childhood. I loved telling stories and I grew up watching a lot of films, especially the arty parallel genre in Indian cinema. This made me want to be part of the industry – but I was not very clear on which role at that time. I used to volunteer and attend film festivals as well and this helped me network with industry professionals. Later on I decided to study filmmaking but couldn’t pursue it due to personal reasons. However, quitting my corporate marketing career and starting my own consulting firm, gave me the opportunity to explore and diversify into casting, production, acting and now direction.

Take us through the process of film direction? Your preferred place to write the script? Ideally, how much time do you spend on it daily? Are you constantly communicating with the actors?

Usually, a director needs to have a story in mind and then a bound script to build on and create the visual experience. Once the method of funding (either self -funding or getting the executive producer and investors on board ) is decided, the director needs to designate all elements of bringing together the film (actors, camera team, producers and post production team as well as distribution) to his producers and completely focus on the creative aspect of the project.

However, since I had no prior background in direction or being part of a directorial team before, my knowledge was rather half baked when I initiated my first film ‘The Last Chance’.  The idea for the film took root during an informal discussion with a friend to film ‘something’ just to try my newly acquired camera and filming equipment out. I only had one day to prepare for this shoot and had no script or story detailing until 12 pm on the net day.  After filming the first day in a guerrilla style, I realized this film won’t take only two days but much more and thus started the long painful weekends of overnight shoots. Despite all hurdles, my team supported me all throughout to complete the project and thankfully we now have a pretty decent film. 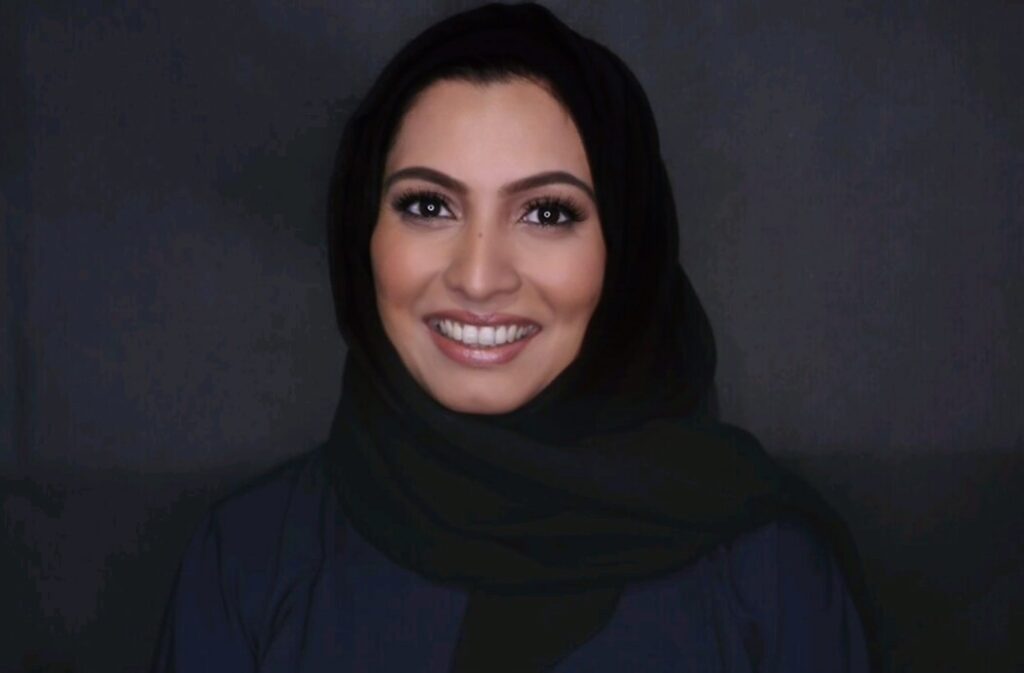 In retrospect, my experience has taught me how important it is to have a proper plan and focus on the script detailing and pre-production aspect. I prefer to write at home in my room during late night hours whenever I have the creative urge. I am not a scriptwriter so I only write when I have something interesting in mind. As far as communication with actors is concerned, I do not communicate with them unless absolutely necessary. I do not like to pressure or stress them because that affects performances greatly. I prefer if my actors create their own versions of the character and perform accordingly. I am very open to spontaneity and improvisations as well.

Your upcoming movie’s theme is centered around the horror genre. What is it about this theme that you like exploring?

My upcoming film is in the psycho-horror sub-genre. The horror genre and it’s various sub-genres explore a  wide range of human emotions and pain – right from an uneasy feeling in the gut to downright physical and torture – thereby making the audience introspect their level of tolerance and depravity. The treatment of a horror film evokes extreme emotions from the viewers and disturbs their mind. Horror films, as well as drama films tend to have maximum of engagement from the audience as we tap into their emotional vulnerability. As a director, working in this genre gives me an exciting opportunity to hone my skills by crossing my creative limits to induce horror and terror. If I am successful in getting my audience horrified, terrified, shocked and disturbed – I would consider my film a success.

There are very few female writers and directors in the film industry as a whole. Why is there such a lack of women in an industry known for its creativity and experimentation?

The film industry, in general, definitely has been male dominated like many other industries in the past. Depending on where one is, the industry work culture is surely affected by the culture of the region. In India for example, film industry is largely considered an unsafe place for any ‘decent’ woman and hence they do face a lot of pressure from families to not pursue a career in film. I myself had to face the same situation which is why I have not been able to study film early on in life. On the work front, I have had to deal with male chauvinism on set where actors, crew and mainly clients are not comfortable taking instructions from me or have tried to belittle my voice.

But the problem is not confined to the East purely. I’d like to cite some data from a BBC article, by Miriam Quick in 2018, which showed shocking figures on how skewed the ratio was for women at the prestigious Cannes Film Festival.

“And in 2017, Sofia Coppola became only the second woman ever to win the best director prize, for The Beguiled,” the article states.

“Only one woman has ever won an Oscar for best director, Kathryn Bigelow for The Hurt Locker in 2009”, it says further.

The article can be found on the below link and one can clearly see the gender bias across various roles in the industry:

Fortunately, even though women filmmakers face this bias all the time, that has not stopped them from coming out and making a name for themselves in cinema, documentary and commercial work.  A lot has changed in the last decade with female directors and writers getting their fair share of praise, respect and accolades across the world. Be it film festivals, investments or OTT platforms – you will now find programs targeted to encouraging and supporting women in their projects. I am happy to see this tremendous change which is a great step for empowering women.

Have you ever faced any gender prejudices during your course of work?

The prejudice was not very apparent but very passive in my experience as a casting director – but I surely feel it a lot as a producer and director. As mentioned earlier, this industry has traditionally been a male dominated field, and I have primarily worked with Indian men. I have had my fair share of not being taken seriously professionally, in addition to downright sleazy behaviors and sexual harassment by male directors and producers. Taking orders from a female director or producer is not something a lot of men can digest. Gender shaming used to happen earlier by some colleagues but I would blame it on the fact that a lot of people in the industry are not socially enlightened or self aware, which is why I give great importance to only working with like-minded individuals. Over the years I have ensured that my work and general conduct speaks for itself. This has surely helped me earn respect and support as a short film maker in the last decade and have led me to working on bigger, more organised projects with very kind and professional team members. 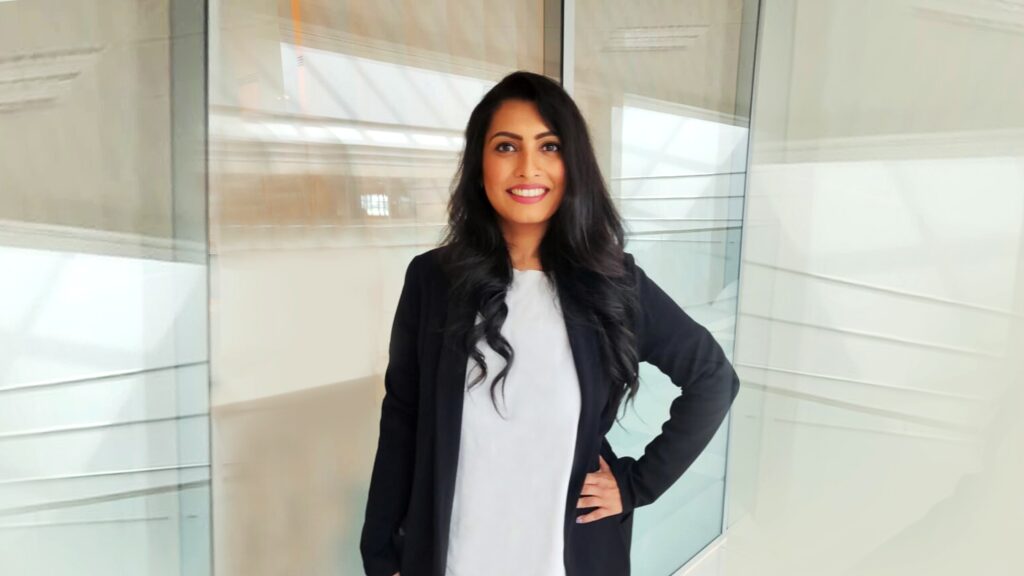 As a filmmaker, how do you ensure that you provide a comfortable workspace for the crew members?

When one thinks of a filmmaker, the first image that comes to mind is the big boss of the film who has people dancing to their orders. However, the most important thing for any film maker is to have a supportive and like-minded team around who gives their absolute best to the project. I believe mutual respect is of utmost importance to me so I like to treat my team in a very friendly manner without any pressures. Filmmaking for me is by hobby and happy space, so positive vibes are very important. I try to take good care of the basic needs of cast and crew such as food, water, changing rooms, make up, hair, transport etc to the best of my ability. Treating people with kindness and going out of my way to help them and accommodate their needs is my way of providing a comfortable workspace for my crew members.

Do you watch movies daily/regularly?

Yes I do. I do not have a formal education in film making, hence watching films and series regularly is like homework for me, more than entertainment. And ever since I got into directing, the reasons for which I watch films are mainly technical and commercial. I like to understand the current market trends with regard to audience preferences as well as technological innovations used by current film makers. Of late an amazing range of characters with unique conflicts and perspectives are also helping me expand my understanding of directing actors and trying to get better performances. Watching films and series helps me understand how to keep up with a variety of audiences and what genres I think I would likely stick to in future.

Who are the filmmakers who have had a profound influence on you?

Stanley Kubrick is my favorite Hollywood director along with Christopher Nolan and Quentin Tarantino. As far as Indian filmmakers go, I have a long list. I am very much inspired by  film makers such as Shyam Benegal, Shoojit Sircar, Shekhar Kapur, Mani Ratnam and Vishal Bharadwaj. I love how their films have taken on interesting stories themes and how they, as directors, got out the best performances out of their actors and crew. I also am in awe of directors such as Priyadharshan and Rajkumar Hirani and the very artistic Sanjay Leela Bhansali.

What are your upcoming projects?

I have three Hindi short film projects in the pipeline (Gustaakhi, The Switch and The Complete Woman) and one Marathi feature film which I co-produced, called ‘Pichchkari’ which is currently on post-production stage. I also am working on a science-fiction concept for a series called ‘La Rouge’ which is currently on planning stages.

What do you think will be the landscape of female directors a decade from now?

I think that women directors will definitely rule the roost if things go at the current pace in a decade from now. Given that more and more women have easy access to digital channels and modern technology, and now with the current trend of OTT platforms on the rise, we will also see women in more technical and creative roles as well such as DoPs, Composers, Producers, and other post-production professionals. This is the best time for women in cinema and I am very excited for a fruitful future in this industry. 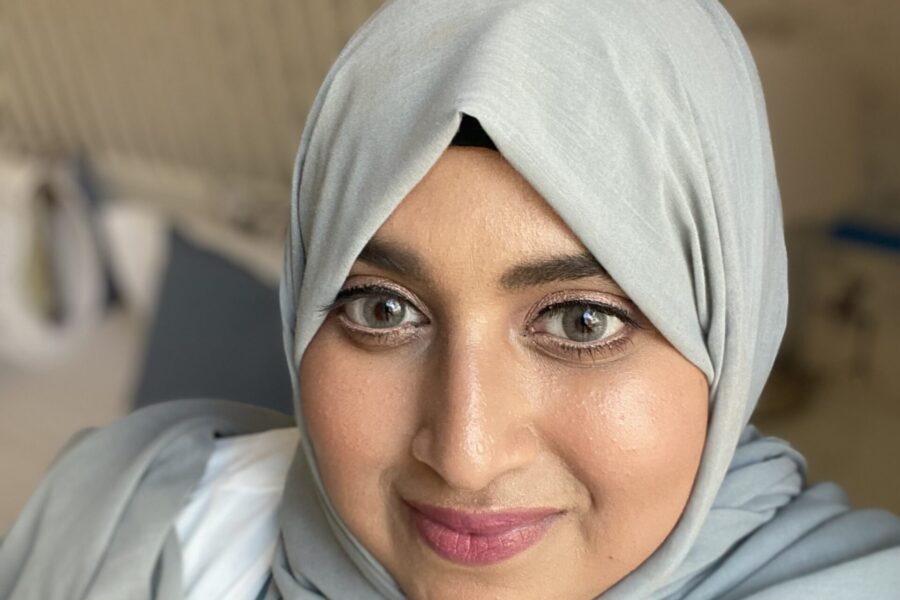 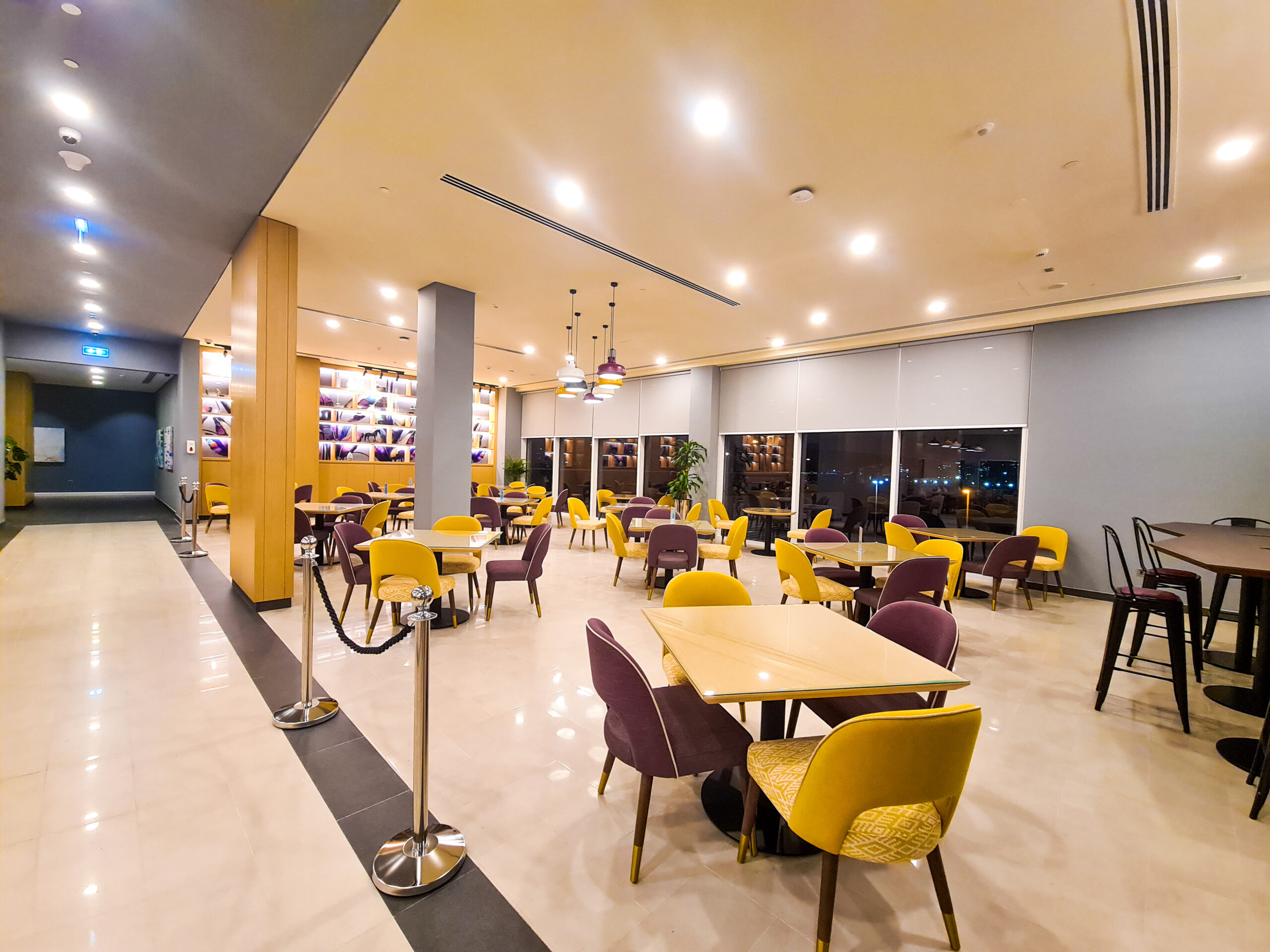 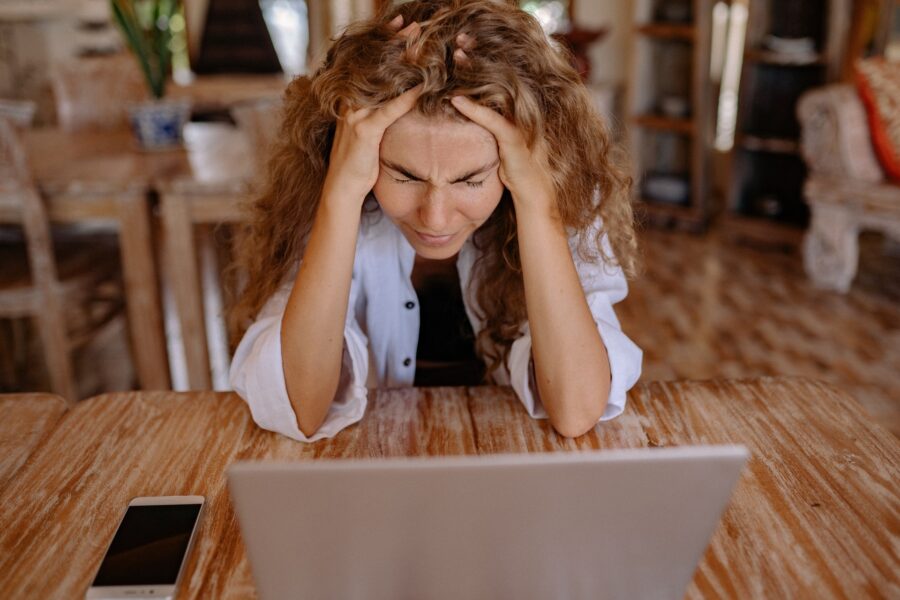 25 Toxic Manager Traits and Signs To Watch Out 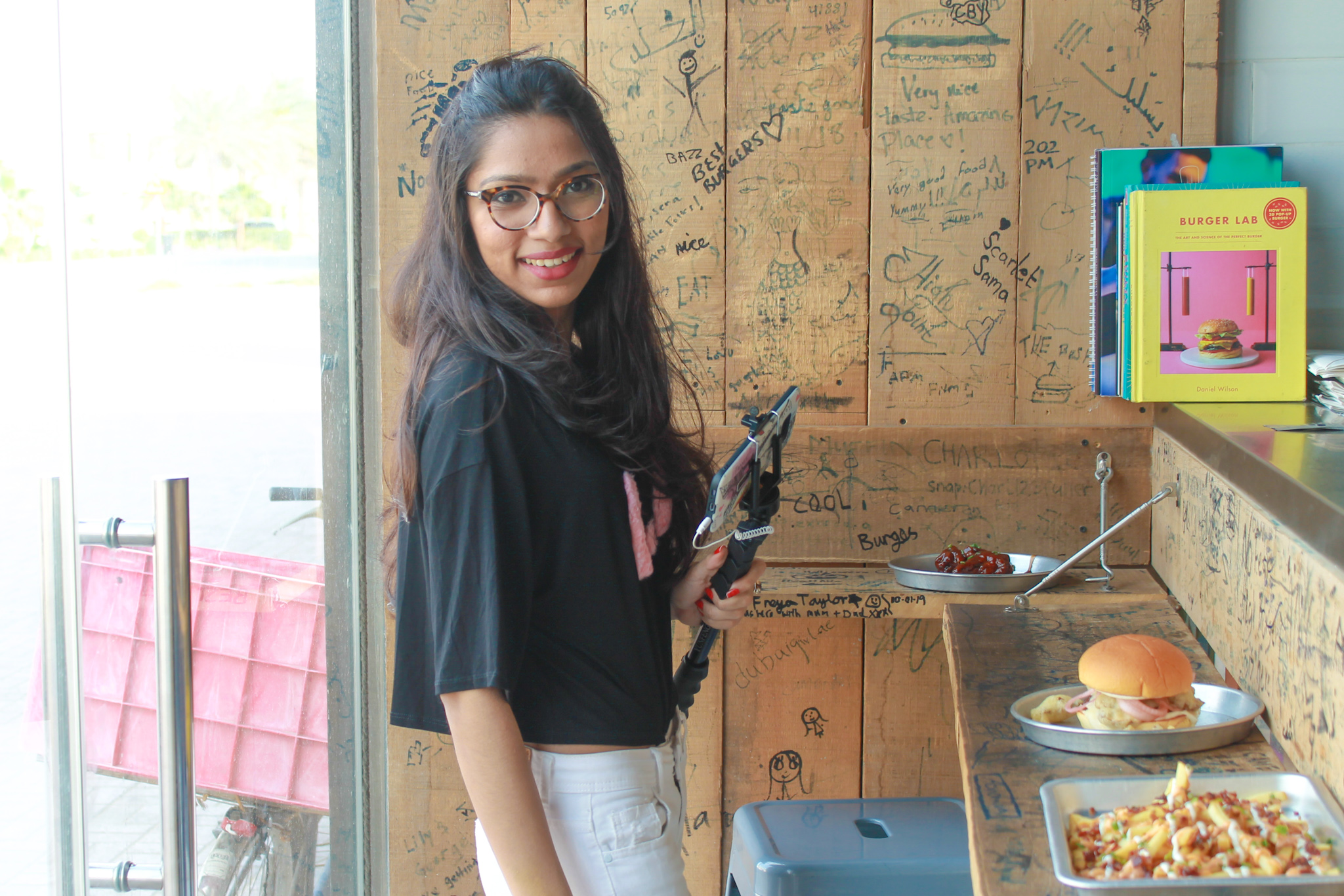 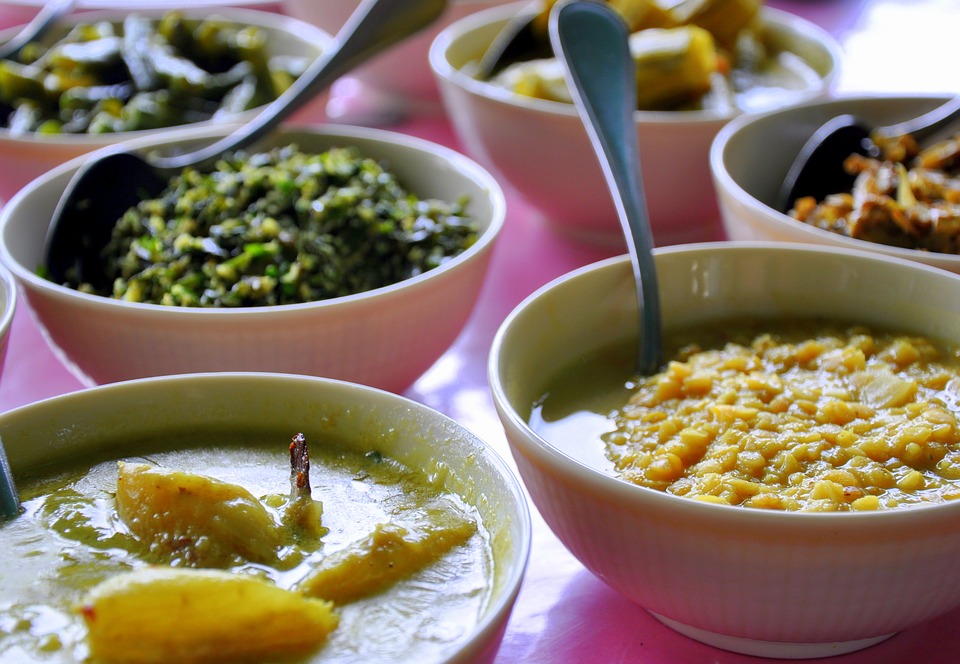 What To Eat In Sri Lanka; Must-Try Foods and Restaurants